We have decided this year to be on the lookout for the best and most creative newborn photographers of the year in 2015.  Keep your eyes on the lookout because you are going to be fascinated and amazed by not only the quality of the work but the “out of the box” thinking these photographers do to capture that perfect moment of your loved one.

You may not agree that all the photos are exactly safe but I am sure that the ones we pick have passed what we believe to be safety standards to ensure that no child is ever put in dangers way to have that perfect photo.  If you have any photographers you would like to suggest to us please let us know in the comments section below.

Are High Deductible insurance policies a good choice for babies

I remember how often we went to the doctors office when my first son was born. We were nervous about anything an took him if he had a fever over 100 degrees or his stomach was hurting him badly. Now with the last of my 4 children, we took her to the ER last time only after she stuck some hairpins in the electrical socket and turned her fingernails black from shock.

As you know, you relax quite a bit from your firstborn to your 4th one. Today’s blog is going to be about expensive low deductible health plans for your babies vs high deductible plans.

From personal experience I would suggest a plan that at least allows you to take your child 5x a year to your doctor with a copy. Even high deductible plans offer choices to let you have a few doctors visits without paying full price.

Since my husband is self employed we have had high deductible insurance for 5 years. What I have learned is that your public school’s accident policy is a great add on to any policy you have. We have spent less than a $1,000 total on these school accident policies and had them payout over $50K so I would highly recommend them.

It all depends on if you can afford a surprise upfront payment of $1,500 vs a higher monthly payment. If you can tuck the $ away for a rainy day these policies can be more economical. We are savers and budgets so the high deductible policy worked for us.

Babies are a Treasure that is Worth All Life’s Pressure

Having a baby is probably the most fulfilling moment in a couple’s life. These happy moments, however, are coupled with lots of sacrifices that they will have to go through raising their kid. (All of us mothers know it’s worth the sacrifices). 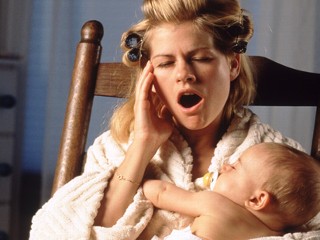 Tired mom yawning in a rocking chair while baby is sleeping

Right after birth to at least two years, the couple will be deprived of sleep attending to their little angel’s needs like feeding every other two hours or so and changing soiled diapers. This can be real hard to both the parents especially when they are both holding an office job. As we all know, deficiency in sleep can cause anyone out of focus and concentration of their job duties which is quite detrimental to the parents’ mental health.

To avoid this problem, they can hire a babysitter one time a week END_OF_DOCUMENT_TOKEN_TO_BE_REPLACED

Some fun St. Patrick’s Day crafts for my grandkids to try

My grandkids are going to be visiting us this weekend and I realize how boring it can be for them. We don’t have any neighbors who are young for them to play with and our town isn’t exactly a kid’s paradise. So I like to make sure that I have all kinds of stuff for them to do and keep them preoccupied. They both really like crafts, so I’m going to try and find some cute little St. Patrick’s Day crafts to keep them busy.

I’m not that creative, so I get all of these ideas from looking online. I was doing that when I saw some information on debt consolidation and decided to look into it to see if it would help us have a better financial outlook.

I know that these St. Patty’s crafts that I picked out from online are going to be perfect for the kids. I think that they’ll really appreciate my extra effort because they always do. I’m sure that they’ll also love the green cupcakes that I’m going to fix for them too!

Having a baby in the winter makes them smarter, but hurts you regardless

By choosing to have a baby during the winter your child is typically the oldest in their class and it gives them a maturity advantage over their peers. Studies have claimed that babies born in October, November and December are likely to live longer than those born in the summer also. But even if you have a winning baby what kind of effects does it have on you:

In a recent UK survey where over 2,000 parents questioned they discovered a few startling statistics:

Hey, but having children can help your career right?…. WRONG:

Of course you can always gamble and hope that by having more kids you increase the chance of one of them becoming incredibly successful financially and buying you a house in the Hamptons and a boat. But, speaking from personal experience, you probably need to take care of that yourself.

Thanks to Jonathon Woods

My roommate Rachel and I decided to delve into redecorating our house. Our previous décor was simple. So simple, I feel that it wouldn’t even be considered décor. Everything was neutral (rugs, couches, bedding), the walls were almost completely bare, and we had no window coverings (gosh that’s embarrassing to admit). So basically, we had to start from scratch. We’ve both spent the last several Saturdays antique shopping, and I’ve done a good bit of shopping (some like to call it stealing) in my grandmother’s basement. We’re going for vintage-chic, industrial and funky. The other day I was flipping through Direct Tv and came across the show Picker Sisters. If you haven’t seen it, you should look it up because I’m in love! It’s two friends that drive around the country and pick through junk yards for antique farm gear to repurpose and send to their shop in Los Angles. They’ll take some old rusty plow and make it into a base for a beautiful vintage couch, and then I’m sure they’ll sell it for thousands of dollars. Our house has a long way to go, but I think we can use some Picker Sisters idea and adapt them to a smaller scale.

Do babies increase the chances of divorce?

It’s not that babies increase your chance of divorce but they sure can put extra strain on an already strained relationship.  Here are 3 few key areas you should keep an eye once junior arrives.

Do babies increase the rate of divorce? - 2012 Statistics

As any new parent remembers, the biggest adjustment to having a baby is the lack of sleep (if any). Chronic sleep deprivation can result in cognitive and memory impairment and even psychosis. For new parents, it definitely leads to crankiness, arguments, and a general feeling of total crap. Now is not the time to start researching divorce law, and who gets what.

Couples end up playing “not it.” No one knows whose turn it is to get up with the baby so they yell “Not It” as soon as they wake up and kick the spouse to take care of the baby.  Whoever feels the most obligated usually goes first, typically the father at first since it’s his turn to step up to the plate. First time couples should figure out a nighttime plan: “Agree to split nighttime duties to avoid turning into walking zombies.” It doesn’t make sense for both parents to be up at the same time. Try shifts – if you’re breastfeeding, pump to get a few feedings ahead – then one parent can wake up with baby between 10 p.m. and 2 a.m., and the other can take the 2 a.m. to 6 a.m. shift. Another alternative is to pick days, He gets Monday, Wednesday, Friday.  The woman gets Tuesday, Thursday, & Saturday.

A major flash point for new-parent stress is the change in their sex lives.  Women are so focused on the needs of the baby that sex isn’t on their radar. Women are hardwired to make sure this baby survives, and our body is telling us not to get pregnant right away. But men can feel rejected – even crushed – by the lack of sex. Luckily, a mom’s sex drive usually returns within three to six months.

Try this, redefine foreplay. It’s no longer just taking the new mom to dinner or coming home with flowers. It’s getting involved, helping out at home. Give moms an hour to themselves to let them transition out of mommy mode so they can get interested in sex. Remember that every new parent goes through this, it’s completely normal, and it will pass….eventually…. when the baby starts sleeping through the night.

Hire a baby sitter once a week to give yourself a break from your baby and recharge…. even if it’s just to stay in bed and sleep once a week.  Your sanity goes a long way in dealing with your spouse and the baby the other days of the week. If I were to do this again I would have made a regularly scheduled habit of this. This is a sure fire way to avoid going to Canada and hiring divorce lawyer barrie.  No need for that now (inside joke).

Here’s an interesting statistic from the UK: The most successful generation of working women in Britain is a generation without children, an official analysis found yesterday. It revealed that among women who turned 45 last year, a fifth have no children.

Those who seized new opportunities for education and careers in the 1970s, 1980s and 1990s were more likely to end up childless than their forebears, the Office for National Statistics said.